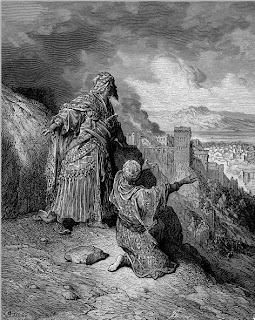 Gustave Doré, illustrator
Battle of Alarcos (July 18, 1195),was a battle between an alliance of Almohads led by Abu Yusuf Ya'qub al-Mansur and some Castilian cavalry led by Pedro Fernández de Castro against King Alfonso VIII of Castile.
In 1188 the Almohad caliph Abu Yusuf Ya'qub al-Mansur returned from Africa to defend his European possessions against the Portuguese and Castilians.
In 1190 Yusuf Ya'qub al-Mansur forced an armistice on the Christian kings of Castile and León, after repulsing their attacks on Muslim territories in the Iberian Peninsula. At the expiration of the truce, and having received news that a revolt was underway in North Africa, King Alfonso VIII of Castile decided to attack the region of Seville. A strong host under the archbishop of Toledo Martín López de Pisuerga), which included the military Order of Calatrava, ransacked the province. The governors of al-Andalus petitioned so strongly for help that Yaqub al-Mansur decided to leave his North African capital, Marrakech, and led an expedition against the Christians.
On the first day of June, 1195, he landed at Tarifa. Passing through the province of Seville, the main Almohad army reached Córdoba on June 30, reinforced by the few troops raised by the local governors and by a Christian cavalry contingent under Pedro Fernández de Castro, who held a personal feud against the Castilian king. On July 4 Ya'qub moved out of Córdoba; his army crossed the pass of Muradal (Despeñaperros) and advanced through the plain of Salvatierra. A cavalry detachment of the Order of Calatrava, plus some knights from nearby castles, tried to gather news about the Almohad strength and its heading; they were surrounded by Muslim scouts and almost exterminated, but supplied enough information to seriously alarm the Castilian king.
Alfonso hurriedly gathered his forces at Toledo and marched down to Alarcos (al-Arak, in Arabic), near the Guadiana river, a place which marked the Southern limit of his kingdom and where a fortress was under construction. He was determined to bar the enemy access to the rich Tagus valley, and in his haste he did not wait for the reinforcements the Kings Alfonso IX of León and Sancho of Navarra were sending. When on July 16 the great Almohad host came in view, Alfonso found himself clearly outnumbered, but even so he rashly formed his army next day, offering battle, instead of retreating towards Talavera, which the Leonese troops had already reached, and which was but a few marching days away. Abu Yusuf Ya'qub al-Mansur did not accept battle on this day, preferring to give rest to his forces; but early next day, Wednesday, July 18, the Almohad army formed for battle around a small hill called La Cabeza, two bow-shots from Alarcos. 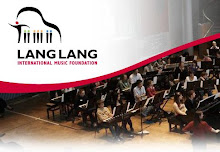